For Rights-Based Social Protection Approach, a Better Law is Critical

For Rights-Based Social Protection Approach, a Better Law is Critical 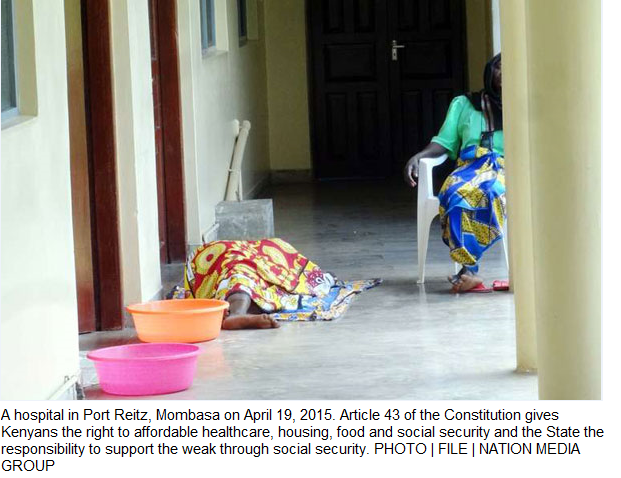 Kenya is among several African countries where social protection, specifically cash transfers, have gained traction since the 2004 Ouagadougou Declaration on Employment and Poverty Alleviation in Africa.

The declaration commits to enhance the coverage and effectiveness of social protection for all and to improve the living conditions of older persons through better social protection services. Kenya is one of the few countries that have made great strides towards cushioning the poor and vulnerable populations.

The HIV pandemic saw Kenya become home to over a million orphans in 2000 and weakened family and traditional child protection systems, pushing the government to introduce a pilot programme on cash transfers for orphans and vulnerable children (OVC). Later, the 2005/2006 “Integrated Household and Budget” survey identified groups such as the elderly, persons with disabilities and urban poor as vulnerable.

Since 2008, the programmes have been expanded, with the government fully taking over and increasing their financing. The “2012 Social Protection Sector Review Report” shows that, whereas it was negligible in 2005, there has been a steady rise in financing for the National Safety Net Programme. The projected expenditure in the 2018/19 Budget is Sh7.95 billion for OVC, Sh17.3 billion for the elderly and Sh1.2 billion for persons with severe disabilities, totalling Sh26.45 billion.

Article 43 of the Constitution gives Kenyans the right to affordable healthcare, housing, food and social security and the State the responsibility to support the weak through social security. But the political will in the expansion of the programmes is not matched with substantive legal measures; despite social protection being a constitutional right, there is no subsidiary legislation for it.

The Social Protection Policy 2011, which is under review, provides for three pillars for social protection: Social assistance, social security and health insurance. Health insurance and social security are anchored in laws that govern the two sectors — including the National Social Security Act 2013 and the National Health Insurance Act 2012, which have been revised over the years.

However, the social assistance pillar remains the weakest link in terms of legislation.

The sector is very dynamic and there has been tremendous improvement in the cash transfer programmes since the scaling up of the pilots and initiation of new programmes, including the old and disabled persons cash transfers. However, there is a need to institutionalise the services through the law.

The Social Assistance Act 2013 is unimplemented, five years later. Admittedly, the Act has very grievous gaps and conflicts, especially on the proposed structure of implementation. There is a need for its amendment or repeal for a new law that reflects the realities of implementation of social protection programmes.

National legal instruments ensure the enjoyment of social protection rights by beneficiaries, secures the guarantees and cushions vulnerable populations from effects of political manipulation of the programmes. A human rights-based approach endeavours to tackle discrimination, inequalities and injustices by addressing practices that promote power imbalances in a programme.

It is, therefore, critical that the efforts of Parliament’s Departmental Committee on Labour and Social Welfare to have a law on social assistance passed and, hopefully, implemented bear fruit. The process of coming up with a new law should involve wider consultation and research to avoid the drawbacks that have doffed the existing one.

This has been re-posted from: https://www.nation.co.ke/oped/opinion/For-rights-based-social-protection–a-better-law-is-critical/440808-4828032-bq707w/index.html