The year 2016 saw PASGR consolidate its claim to being Africa’s premier social policy and governance research institution as it focused on strengthening its training institute and its emerging community of practice.

After four years, the Professional Development and Training (PDT) Programme has grown a robust and innovative institute capable of being led by a pool of its home- grown regional instructors. This has led to a shift in which the erstwhile delivery partner, the Institute of Development Studies (IDS) of the University of Sussex, has assumed a quality assurance role. 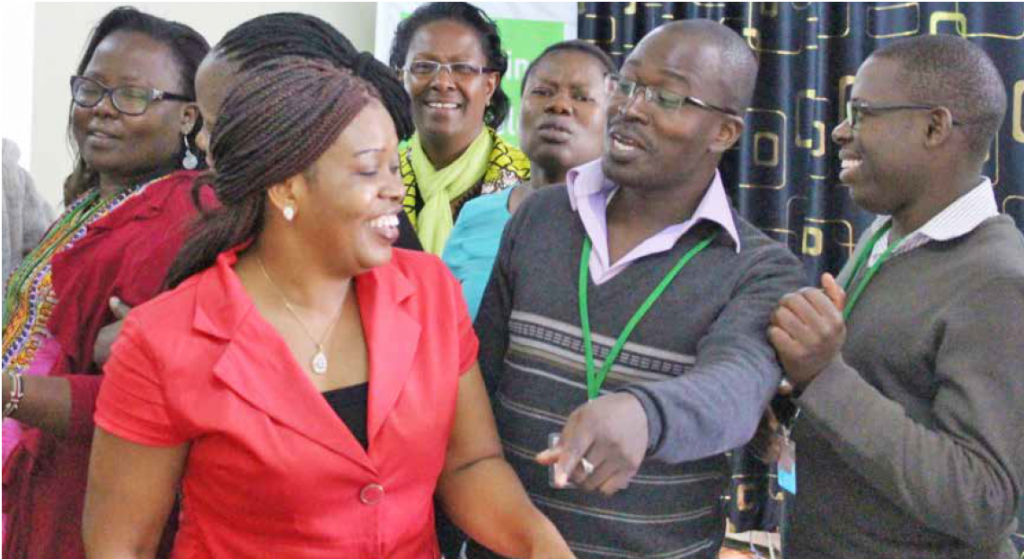 “It was a transition moment as instructors from the continent took full ownership of course delivery,” PDT Programme Manager Pauline Ngimwa says. Driven by a passion to create a community of excellence, the PASGR college of instructors was also born. The University of Ibadan’s Professor Ayobami Ojebode became the first instructor’s academic coordinator as the pan-African research institution’s drive to provide quality training manifested itself.

Coordination of the body of instructors—arguably PASGR’s most transformative idea of 2016—will rotate yearly. Instructors appoint one of their own to be the overall academic course leader in line with PASGR’s commitment to promote communities of excellence. She or he works closely with PASGR and interacts with fellow instructors through email and social media.

In the discharge of its responsibility to expand the pool of instructors, the PDT with the academic coordinator, ran a three-week online course to equip new instructors with content and pedagogy. Trainee instructors later participated in a two-day training workshop in Nairobi with experienced instructors. The workshop included mock teaching sessions to instill confidence in the future trainers.

During the April course, five new instructors were identified as PDT efforts to restructure and grow intensified. The idea is to grow the college of instructors in specific regions to run courses in those regions, Ngimwa said.

According to Tade Aina, the Institute has gone through a series of restructuring of content, process and the recruitment of new talent in order to consolidate not only its emerging community of excellence, but also to enhance the quality and cost-effectiveness of its delivery and post-contact follow up.

Each training event (April and November) was preceded by a two-month preparation period in which instructors reviewed course content and took in feedback from previous training in order to update the content and make it more relevant and current.

An exciting accomplishment of the year was the conclusion of a project that required instructors to identify a common problem in Africa and apply their expertise to investigate it. This provided the opportunity to ground what they were teaching in the practical application of various methods. The decentralisation of governance (devolution) project was executed in Nigeria, Ethiopia, Ghana, Western Kenya and Uganda and was due to be published early 2017 as a special issue of the IDS Bulletin.

Another noteworthy occurrence was the tremendous professional growth within the body of instructors with some attaining the position of full professors in their respective institutions. Testimonies by team members cited their involvement in the programme for their promotions, saying, it’s “driven by excellence”.

Apart from the full professorships, some team members were appointed to senior policy jobs in their governments while others won coveted fellowships such as the Georg Forster Research Fellowship for Experienced Researchers. The Institute’s growing popularity was demonstrated in the response to a recent call for applications for training that showed 77 out of 148 course applicants knew about it from word of mouth. This is a clear indication that course participants are becoming PASGR’s best ambassadors.

Part of the ongoing restructuring in 2016 was the instructors’ re-customising of one of the modules. It was reduced from a three- to one-day module to meet MRPP instructors’ specific needs as PASGR stepped up its efforts to enhance both excellent and cost-effective delivery. During the module revision exercise, trainers met online to rearrange content for clarity. “We realised that we could condense content and remove redundant material, thus making it more relevant to the MRPP lecturers,” Ngimwa says.

PASGR’s quest for excellence continued to manifest itself in its virtual engagement with participants ahead of training courses. Through Moodle—an online learning management platform—participants were introduced to what to expect and to their instructors ahead of the face-to-face training.

Scheduled post-training online engagement followed to receive feedback on how participants were implementing their research projects and where additional support was needed.

A major achievement for PASGR was the engagement of gender and methodology experts to write a continent-wide pioneer module on Gendering Social Science Research Methods. Module development was in progress as the year ended.

PASGR’s commitment to value for money and cost-effectiveness saw the PDT continuing to execute a 2015 strategy that encourages course participants to meet their travel and accommodation costs.

Taking part in training courses is a big ...