When 417 people turn up for a conference planned for 250 participants, that is success!

This was what happened at the First National Forum on Harnessing the Data Revolution on Sustainable Development, which Kenya’s Deputy President William Ruto opened. The conference, held from August 28 to 29, was a landmark activity of the Professional Development and Training programme (PDT), which has been handling PASGR’s Post-2015 Data Revolution agenda since December 2013.

During the January 19-20 Design Shop meeting that brought stakeholders together on Africa’s engagement with development data for the data revolution, PASGR was tasked with exploring the next steps towards a data revolution in Kenya. The Office of the Deputy President in Kenya subsequently invited PASGR to convene a national meeting on data. This birthed the Kenya National Data Forum. 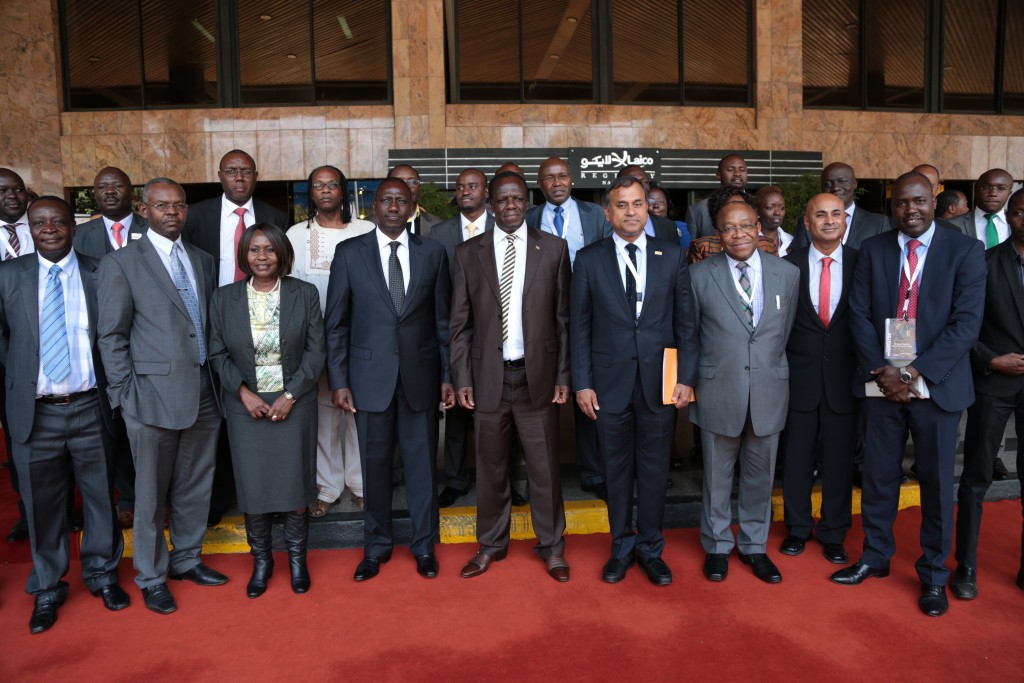 Co-organised by various partners including the Office of the Deputy President, PASGR, the Local Development Research Institute (LDRI)—one of the participants invited to the Design Shop—the forum brought together members of government, civil society, the private sector and academia. It exemplified PASGR’s sensitivity and commitment to the notion of coequality of partnership that revolves around charting the way forward for the domestication of the Data Revolution in the context of the Post-2015 Development Agenda.

At the end of the forum, Mr William Ruto endorsed the creation of a National Partnership on Sustainable Development Data. The presence of the Cabinet Secretary in the Ministry of Environment and Natural Resources, Prof Judi Wakhungu, and her National Treasury counterpart, Mr Henry Rotich, was a huge boost to the talks. 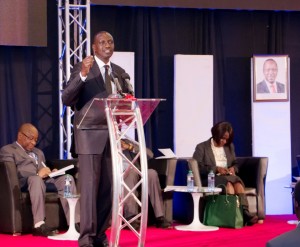 The Council of Governors was represented by its Finance Committee Chairperson and Kakamega Governor Wycliffe Oparanya. The talks sought to create an ecosystem that delivers greater coherence to data-sharing in support of better policy formulation, monitoring and public participation.

LDRI Executive Director Muchiri Nyaggah describes the forum as catalytic. He acknowledges that it resulted in conversations about similar initiatives happening within the country, which would not have happened without the forum. It was the first of its kind in the world within the context of the Sustainable Development Goals (SDGs), he says.

The forum focused on eight thematic areas (data communities), with stakeholders from education, agriculture, inclusivity (which had vulnerable groups challenged by gender inequality, disability, and minority status, among others), ICT, transport, financial resources, election and health sectors. All of them produce and use data and form different parts of the data ecosystem.

Each data community had three co-chairs from government, civil society and the private sector, charged with ensuring that they had as inclusive a process as possible, covering the various interest groups.

The launch of a national partnership on sustainable development was “probably the biggest mark of its success”, Muchiri says. From a loose grouping of private sector, civil society and government actors, the initiative is now poised to become a government institution.

Muchiri credits PASGR with the forum’s success. “The Executive Director personally attended a number of planning meetings. There was that high level of leadership, the presence of the PASGR brand, which was very key. If it wasn’t for Tade’s presence and PASGR’s willingness to be at the forefront, it would have been much harder to get anything done.” Many other countries are now looking to Kenya, asking how it managed to convene a national forum and how it was progressing. The forum did not just trigger conversations at the local level but also at a global level on how to turn nebulous concepts, like data revolution into concrete initiatives.

The Forum and the emerging partnerships received high level visibility at the launch of the Global Partnership on Sustainable Development Data, which showcased Kenya as a champion and a leader. The UN summit, Tade Aina says, recognised Kenya alongside global data champions such as Mexico, United States, Canada, and the UK.

“We worked together not only to sensitise, but also to engage Kenyans in the whole process of understanding and exploring what the data revolution means for Kenya in a post-2015 SDGs world,” Aina says. He describes the project, which PASGR adopted in April and was concluded by August as “very labour intensive and at times difficult” as it involved moving more than seven partners from different sectors together.

Aina recognises the blood, sweat and tears that went into making the forum a success. Working with the highest levels of policy in this country was not easy for a young pan-African policy and research organisation whose middle name appears to be ‘Leadership’.

Staking out PASGR’s place in the forum, Aina says, “We are talking about thought and process leadership. PASGR provided leadership in terms of the way we work together with others to co-create and co-deliver.”